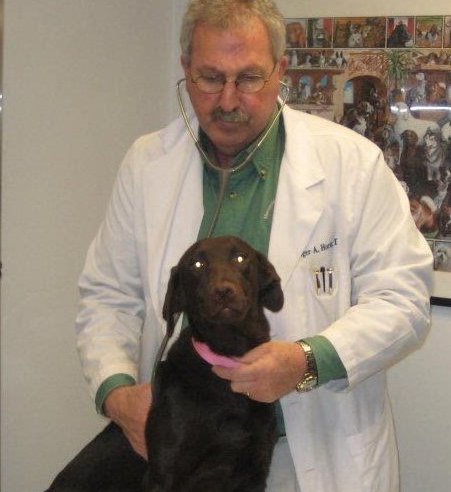 About Dr. Roger A. Horst

Dr. Horst grew up on a dairy farm in West Virginia, and from a young age he dreamed of becoming a Veterinarian. He is a 1979 graduate of West Virginia University with a B.S. in Animal and Veterinary Science and a 1981 graduate of Louisiana State University School of Veterinary Medicine. Upon graduation in 1981, Dr. Horst came to Mercersburg and began his career in a mixed animal practice with Dr. David Burrows. After twenty five years of practice, Dr. Horst decided to change the focus of his practice to concentrate on companion animal medicine. He built the state of the art clinic at 293 Landis Drive in 2005 and enjoys practicing high quality medicine with an extremely loyal client base and high trained long term staff.

Dr. Horst is married to Susan and is the father of four sons: Taylor, Evan, Myles, and Graham. In his spare time, Dr. Horst enjoys gardening, woodworking, traveling and spending time with his six grandchildren who reside in Colorado and Massachusetts.